Daily articles carefully curated by the All About Jazz staff. Read our popular and future articles. 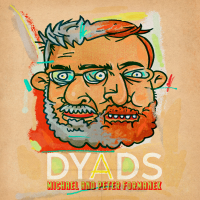 After the initial shock of the COVID-19 crisis and subsequent lockdown, artists did what artists do. Unable to tour, many musicians created solo projects. Musicians, like other sentient beings though, crave contact, so when some of the most severe restrictions lifted, duos were formed and production returned. These small positive steps (note: some were recorded before the pandemic) are a glimmer of hope for a return to normalcy. Michael And Peter Formanek Dyads Out Of ...

When it comes to lost recordings, unpublished novels or newly unearthed art of any sort, receptions tend to be somewhat mixed. This may be because, in many cases, those responsible for these works are usually dead and/or mythologized to a degree, so the expectational ante gets upped accordingly. Also involved--and perhaps more important--is the ability (or inability) to receive them in their proper context years after the fact. Which is why one of the nicer aspects of Wayne ...

Tim Mayer: Keeper of the Flame

On Keeper of the Flame, Tim Mayer, a Bostonian who now calls Mexico home, leads a sharp, swinging group of like-minded amigos on a (mostly) octet studio date enriched by Diego Rivera's colorful arrangements. Mayer plays tenor sax on half a dozen tracks, soprano sax on “Bye Bye Blackbird" and “Get Organized," alto flute on “Elusive." Mayer's tenor spans a bridge from early John Coltrane to George Coleman, Joe Henderson, Bob Mintzer and other post-bop patriarchs with a dash of ...

Leo Sidran and Kat Edmonson's latest single introduce the Art of Conversation in jazz. Irène Schweizer & Hamid Drake, and Javier Santiago & Melanie Charles continue it as a dialogue; Keith Brown and Garage a Trois as a trialougue; Dina Ramirez, Roberto Negro, Erik Fratzke as a quadralogue; Jacques Schwarz-Bart, Makram Aboul Hosn, Ofentse Moses Sebula and Little Rosies Kindergarten as a much larger exchange. But, in all cases, it's the result of deep listening and openness that gives rise ...

read more
3
What is Jazz?

One of the most transformative experiences in my life happened while drifting around the Museum of Modern Art in New York a few years ago, standing in awe before Picasso's Seated Woman, one of the many “portraits" of his mistress Marie-Therese Walter. I was astounded at the huge discrepancy between her photograph, which was displayed along with the portrait's descriptive text, and his breath-taking interpretation of her presence in that painting. What kind of genius does it take to transform ...

Tenor saxophonist Berta Moreno released her promising debut, Little Steps, in 2017. It signaled her debt to forbears such as Wayne Shorter and Joe Henderson, and displayed an impressive command of bop language. Tumaini, her engaging follow-up, moves in a rather different direction. Time well-spent in Kenya gave Moreno a wider focus for her compositions, as she adroitly melds jazz, R&B and Afro-Latin idioms into an enjoyable musical synthesis. “Tumaini" is a Swahili word for “hope," and there ...

The Art Of Conversation

Dan McCarthy: A Place Where We Once Lived

Clifford Brown’s Trumpet and One Summer in Atlantic City

Adam Kahan: Capturing the Essence of Jazz in a Film

Simin Tander: No Looking Back 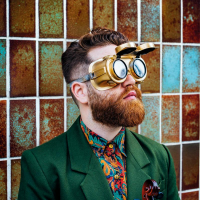 Get more of a good thing

Double the Fun! Jazz & Wine Return to All About Jazz
Read on.
More Posts

All About Jazz needs your support

Donate
All About Jazz & Jazz Near You were built to promote jazz music: both recorded albums and live events. We rely primarily on venues, festivals and musicians to promote their events through our platform. With club closures, limited reopenings and an uncertain future, we've pivoted our platform to collect, promote and broadcast livestream concerts to support our jazz musician friends. This is a significant but neccesary step that will help musicians and venues now, and in the future. You can help offset the cost of this essential undertaking by making a donation today. In return, we'll deliver an ad-free experience (which includes hiding the sticky footer ad). Thank you!

Get more of a good thing

Join Our Community / Welcome Back!

One moment, you will be redirected shortly.

Welcome to All About Jazz!

We sent a confirmation message to . Look for it, then click the link to activate your account. If you don’t see the email in your inbox, check your spam, bulk or promotions folder.

Thanks for joining the All About Jazz community!

Explore All About Jazz & Jazz Near You